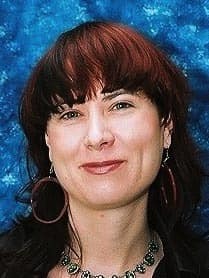 Annette Hübschle-Finch is a postdoctoral research fellow at the Centre of Criminology where she is setting up the Environmental Security Observatory (ESO), a joint initiative of the Centre, the Global Risk Governance Programme (located in the Institute for Humanities in Africa at University of Cape Town) and the Global Initiative against Transnational Organized Crime. Her current research focuses on the governance of safety and security, with a specific focus on illegal wildlife economies and the ecosystems that support them, as well as their intersections with legal economies.

Before joining UCT, Annette was a doctoral student and researcher in the Illegal Markets research group at the Max Planck Institute for the Study of Societies in Cologne, Germany. Her doctoral research explored why illegal markets in rhino horn are so resilient in spite of the myriad measures employed to disrupt them. Part of the fieldwork involved her following rhino horn from the African bush to consumer markets in Asia.

Annette worked for one of Africa’s leading applied policy research institutes, the Institute for Security Studies (ISS). Annette was first a researcher, and then a senior researcher with the Organized Crime and Money Laundering Programme in the Cape Town offices of the ISS between 2002 and 2011. She led and conducted research into organised crime and terrorism in Sub-Saharan Africa, which relied heavily on fieldwork and networking with stakeholders from intergovernmental, regional, national and law enforcement entities, civil society and academia.