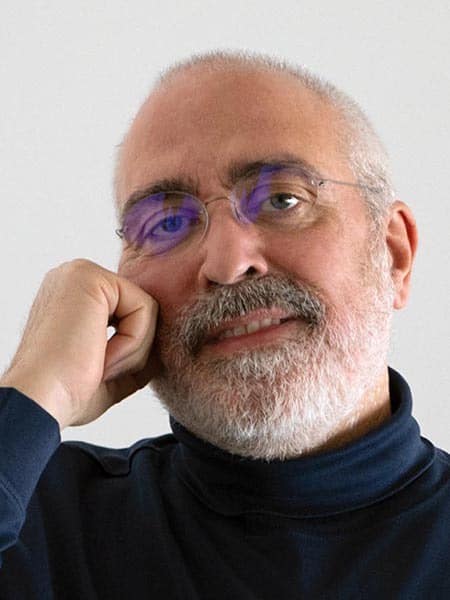 Born in Milan, Italy, in 1966, Sebastiano Cossia Castiglioni is an award-winning entrepreneur, investor, activist, and advisor to businesses and governments around the world.

An impassioned vegan and animal rights activist, Sebastiano is a global authority on plant-based business and investment, dedicated to disrupting the current food system and to removing animals from the supply chain entirely.

He founded venture capital firm, Vegan Capital, and was an early (2013) investor in Beyond Meat. He is also a partner in Blue Horizon, a Swiss-based investment company at the crossroads of food security, health, sustainability, and animal rights. With his partner, Miray Zaki, he co-founded Dismatrix, a newly launched fund dedicated to dynamic capital solutions and vegan investments.

Having been involved in animal rights activism since the age of 15, Sebastiano serves on the advisory boards of Sea Shepherd, Animal Equality and Project Coyote, and serves on the board of Animal Outlook and the Culture & Animals Foundation. He recently launched the Plant-Based Empowerment Foundation, dedicated to plant-based nutrition and education projects, focused on women and children, in Senegal.

He is the owner of renowned Tuscan winery Querciabella, whose innovative approach to vegan, organic, and biodynamic winemaking has won the brand innumerable awards, including “Best Wine of Italy” in 2004. Together with his partners Monia Caramma and Scott Stoll, he created top-quality gluten-free pasta brand Bontasana, and will launch a 100% organic, vegan baby food company in the next few months.

Sebastiano serves as an advisor to NRS (New Reality Solutions), a US- and Israel-based company whose cancer diagnostic and management tools are poised to revolutionize the sector. He was listed as one of the top ten art advisors in the world by Billionaire Magazine and served as Economic Advisor to Prime Minister Matteo Renzi of Italy from 2014 to 2016.

Based in Lugano, Switzerland, Sebastiano divides his time between the US, Europe, and Asia.